We and selected third parties use cookies or similar technologies for technical purposes and, with your consent, also for other purposes as specified in the cookie policy.

You can consent to the use of these technologies by using the "Accept" button. By closing this information, you continue without accepting.

These cookies are strictly necessary for the operation of the site, you can disable them by changing the settings of your browser but you will not be able to use the site normally.

These cookies provide necessary information to applications of the website itself or integrated by third parties, if you disable them you may find some problems in the operation of the page.

These cookies are used to analyze the traffic and behavior of customers on the site, help us understand and understand how you interact with the site in order to improve performance.

These cookies can be from the site itself or from third parties, they help us to create a profile of your interests and to offer you advertising aimed at your preferences and interests.

Check out our spare parts

Read feedbacks from our customers 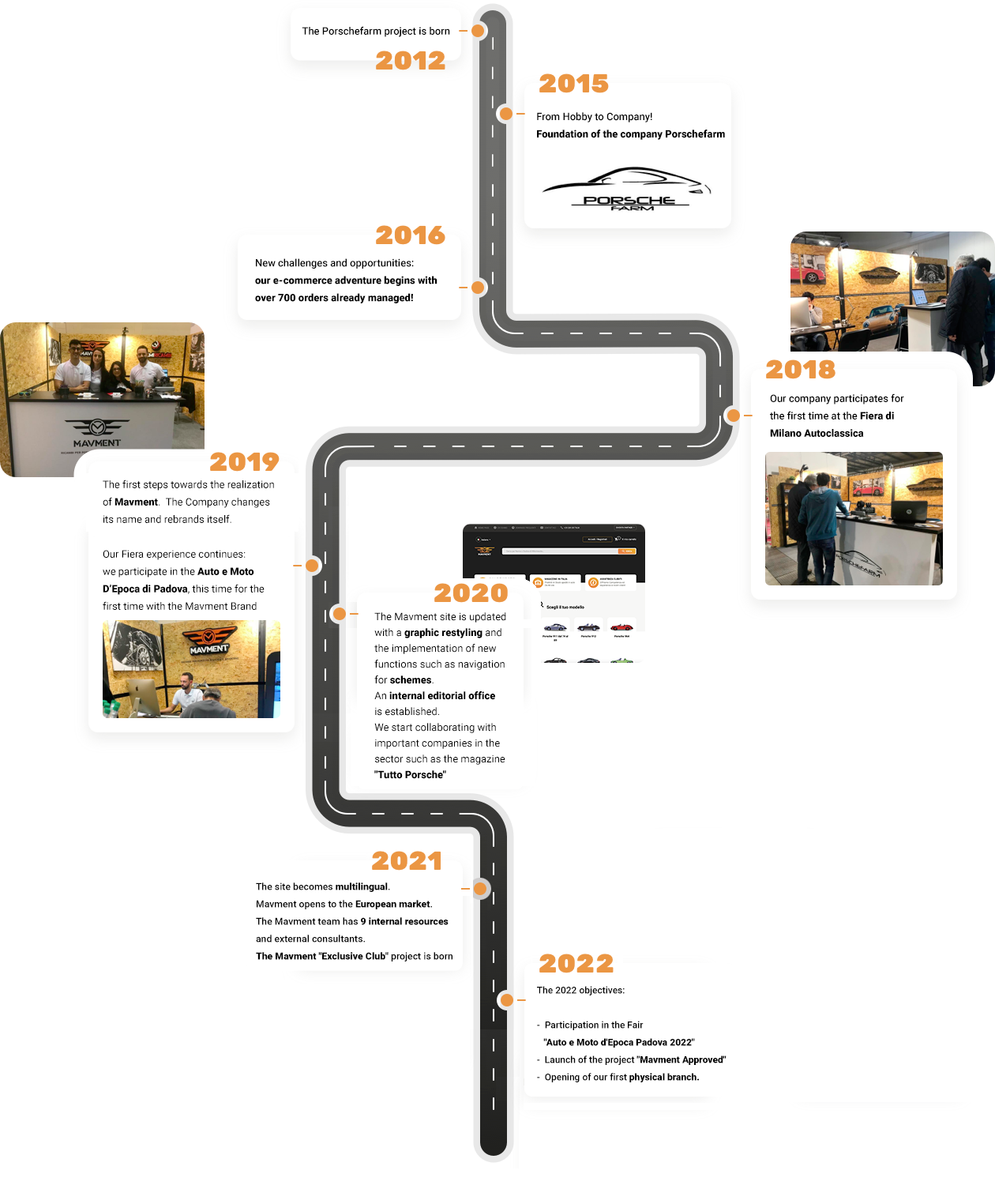 From an hobby to business! Founded PorscheFarm Company

Our eCommerce journey begins with over 700 orders already handled! 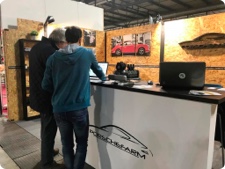 The first steps towards the realization of Mavment: The Company Naming Changes and Rebranding take place

Our Fair Experience continues: We participate in the Vintage Cars and Motorcycles of Padua, this time for the first time with the Brand Mavment

The Mavment Site is updated by implementing new features and receiving a complete restyling!

Trust those who have trusted us

Fast and reliable and competitive prices. I also suggest the telephone assistance service which is very effective in case of doubts or for information.

ALL PERFECT ... REASONABLE PRICES AND VERY FAST IN THE SHIPPING THAT ARRIVED IN AROUND 24H. THANKS 1000!

It is not the first purchase I make with mavment, I have always enjoyed it. Excellent communication, many original products, a reference for the Porsche owner.

Mavment's service is excellent. They also made themselves available during the Covid-19 emergency, making the quaranantine time useful for me. Thanks especially to Gianmarco

The little thought inside the package is also very welcome. Thanks 1000. To hear from you soon Andrea from Piacenza

Mavment, the story of a genuine passion

One day, back in 2010, the founder of Mavment had an idea, with his strong passion for cars and everything that has an engine, he decided to restore a 1968 short wheelbase Porsche 911. That’s how the long journey began, a well-known journey to all the enthusiasts of the restoration of classic cars: the research for spare parts necessary for the project. A research that, not coincidentally, ended in Germany. Here the future founder of the company, Maurizio, met a supplier of Porsche spare parts. The supplier didn’t have a partner in Italy and saw an opportunity to start a business in the Peninsula. That’s how the long path to create Mavment began, what started as a hobby became what it is today, led by the heir of that passion, Gianmarco, grandchild of the founder.

After ten years (and thousands of orders) from that meeting, what started in a garage became a true working activity. An organisation made up of people, of warehouses that offer a catalogue of over 46.000 products. Many products are official or taken directly from the Porsche supply chain, and they allow us to satisfy hundreds of customers worldwide every year. The initial passion for cars put in the restoration project of the 911, however, stayed the same. The same happened to team, that in the meantime became wider welcoming new employees, selected based on their passion for cars and, particularly, for the cars of the Stuttgart company. Sure enough, at the basis of the project remains an awareness acquired on the field in a decade of business: Porsche owners are demanding and attentive to detail. They are able to appreciate the expertise in the field of Porsche cars. For this reason, the Mavment team is constantly committed in the selection of the best products, working hard to always guarantee the highest quality standards of their supplies. Thanks to this awareness, today Mavment has become a reference in the field of restoration of classic and modern Porsche cars.

The next 10 years of Mavment

A business like Mavement’s, however, is constantly evolving. That’s why, year after year, the company enriches its offer with news. In the coming years, the company has already in the pipeline several activities, such as entering the foreign markets, which will allow us to expand our potential customers, also for restoration projects with dedicated assistance from the first to the last intervention.


Do you want to work with us? 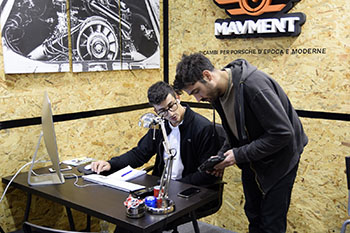 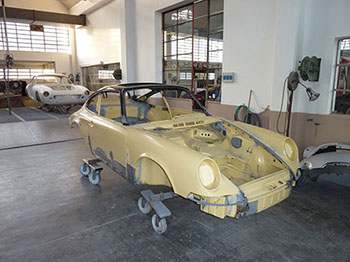 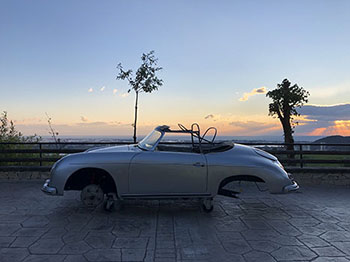 0 items in your cart

There are no more items in your cart


Total
All prices are vat included